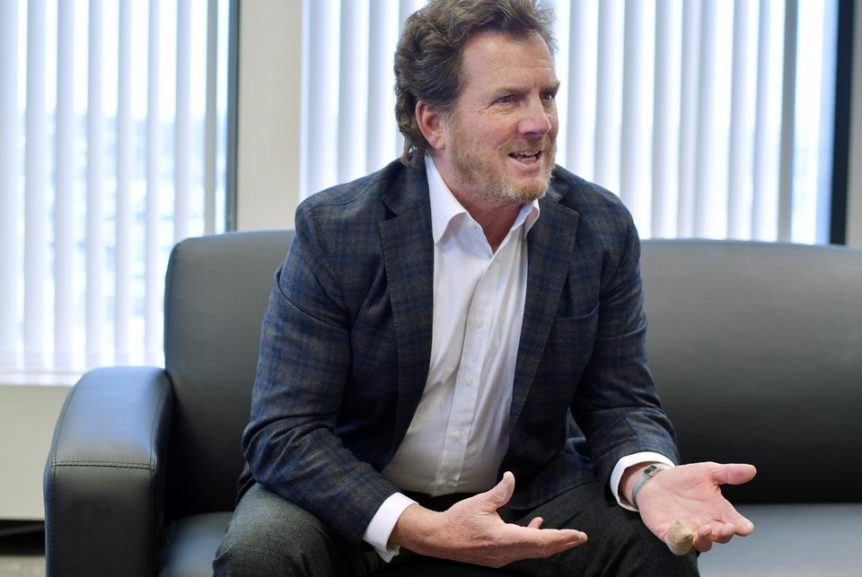 WORCESTER — A second state agency is moving into the 19-story Mercantile Center at 100 Front St. downtown.

The state recently entered a 10-year lease with Franklin Realty Advisors for the Department of Industrial Accidents to open an office on a portion of the third floor of the Mercantile Center.

The state office, which hears disputed workers’ compensation cases and holds education and vocational rehabilitation meetings, is moving 13 employees from 340 Main St. into space formerly occupied by the Telegram & Gazette on the third floor.

The 153-year-old T&G, the region’s largest media organization, will continue to occupy close to 15,000 square feet on the fifth floor, and about 4,000 square feet on the third floor. It had been renting both full floors under an 11-year lease that commenced July 9, 2012, three years before Franklin Realty Advisors purchased the building.

Charles “Chip” Norton, manager and owner of Franklin Realty Advisors, developer of the Mercantile Center, said he expects the Department of Industrial Accidents to move in by July 1.

Franklin Realty Advisors already leases space in the building to the Worcester Registry of Deeds, under the secretary of state, through June 2022.

According to a copy of the lease supplied by the state Division of Capital Asset Management and Maintenance, the Department of Industrial Accidents will occupy 7,686 square feet and have five reserved parking spaces in the Mercantile Center Garage.

The state chose the Mercantile Center after Franklin Realty Advisors submitted a bid to the state.

The Telegram & Gazette no longer needed the nearly 30,000 square feet, according to President Paul Provost. It had about 180 employees on the third and fifth floors before it made staffing cuts in 2014, shortly after Halifax Media Group of Florida purchased the publication from Boston Red Sox owner John Henry. Halifax sold the T&G to the parent company of GateHouse Media in 2015.

The T&G now has approximately 107 employees on Front Street, according to Mr. Provost. Employees of Holden Landmark Corp. and Worcester Magazine, both of which are also owned by GateHouse Media, are also on the fifth floor.

Of the reduced space, Mr. Provost said: “It’s a move for us, based upon the business needs of the space that we require, with the number of employees that we have, which differs significantly from when we commenced the lease of this space eight years ago.”

According to Mr. Norton, the newspaper approached the Mercantile Center last year about wanting to downsize on the third floor. Similar to the T&G deal, Franklin Realty Advisors worked out an arrangement with Nationwide Insurance at 120 Front St. The insurer didn’t need all of its space, and worked with the developer to have Barton Associates occupy 15,000 square feet.

“Our theory on these sorts of things is, if a tenant doesn’t need the space, we’re far better off finding a replacement tenant than getting that space three or four years down the road,” Mr. Norton said. “We’d rather be proactive and find a tenant. … It works out better for everybody because now we have more term on that space, which is a good thing from a landlord perspective.”

Mr. Norton said he’s happy about interest in the Mercantile Center. He said more than 90,000 square feet has been leased on 100 Front St. in the past 12 to 14 months. It’s a rate of leasing that would be expected over two or three years, he said. At 252,000 square feet, the tower is now 98 percent occupied.

The company benefits, Mr. Norton said, from word-of-mouth about Franklin Realty Advisors being good property managers, its renovated lobby, and new amenities such as the Fuel America coffee shop and restaurants that are coming.

But Mr. Norton noted that at $25 per square foot, Worcester market rents are depressed and there’s pressure to be more aggressive in the asking price of rents to cover expenses. Comparable high-rise office space in Boston commands $50 to $60 per square foot. He said he’s paying just as much as Boston owners in taxes and expenses.