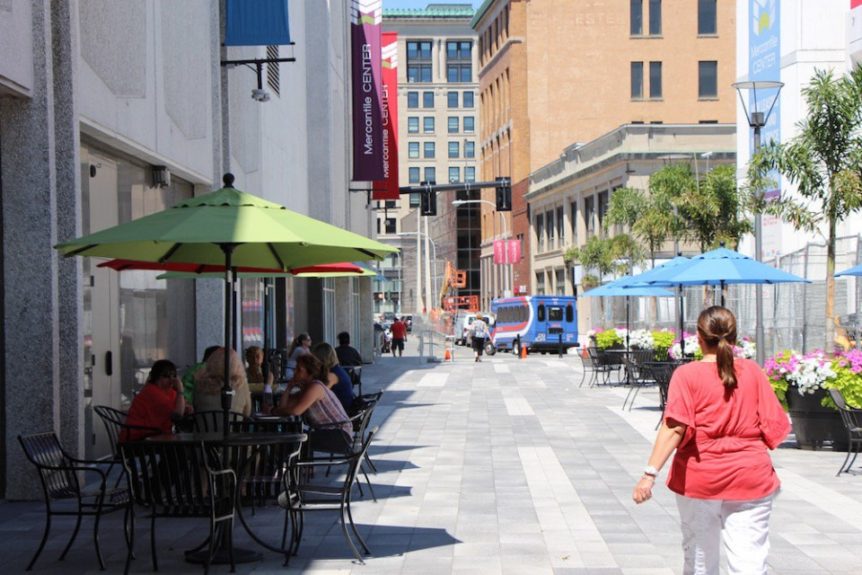 There’s something big going on on Front Street.

More than $200 million dollars have been poured into the small section of road between 120 and 200 Front Street. The players are Franklin Realty Advisors, which owns the 120 Front Street Tower, Marriott Hotels, and a group called Roseland, a subsidiary of Mack-Cali Realty Corporation

Over the next two years, Front Street is going to evolve, with the Marriott bringing its new, European-inspired AC brand to 200 Front Street, and Roseland building 237 luxury apartment units right next door.

Developers like Charles ‘Chip’ Norton, president of Franklin Realty Advisors, are swimming with the flood of investments in order to take advantage of the fine-dining drought currently affecting downtown Worcester, and the anticipated influx of millennials and professionals that should follow the completion of the Marriott and Roseland projects.

Franklin Realty Advisors is in talks with three restaurants, two local establishments and one developing national brand, to fill in vacant spots in the Mercantile Center, which is mostly occupied by UMass Health currently.

“We’re trying to be part of the food renaissance,” Norton said. “The restaurant mecca is on Shrewsbury Street, and we’re trying to get that on the Mercantile.”

Norton’s group timed their Mercantile Center expansion with land acquisitions made by the Marriott and Roseland. With hundreds of millions being spent right next door, the Mercantile Center will have more leverage to attract high-profile tenants.

“Two years ago, we would have never gotten any nationals,” Norton said.

They are also in talks with a tenant to rent out another section of office space, which is motivating their aggressive renovation of their Mercantile Center lobbies.

The total project has cost the group $72 million so far, and over the next six to 12 months they plan to spend another $20 million renovating the lobby, restaurant areas, and the facade of the Mercantile Center.

Currently, the Mercantile Center houses 1,200 employees, and Norton expects that number to increase to 2,000 when the office is completed within the next two years.

The Mercantile Center has slowly worked to bring people to its open plaza area, inviting food trucks to visit weekly, and opening up chairs and tables.

Facing the open plaza is the historic Foothills Theater, which they are currently pondering uses for.

“We don’t know what we want to do with it. However, the Hanover has been successful,” Norton said. “Is there a fit for a small theater like that downtown? We don’t know, yet.”