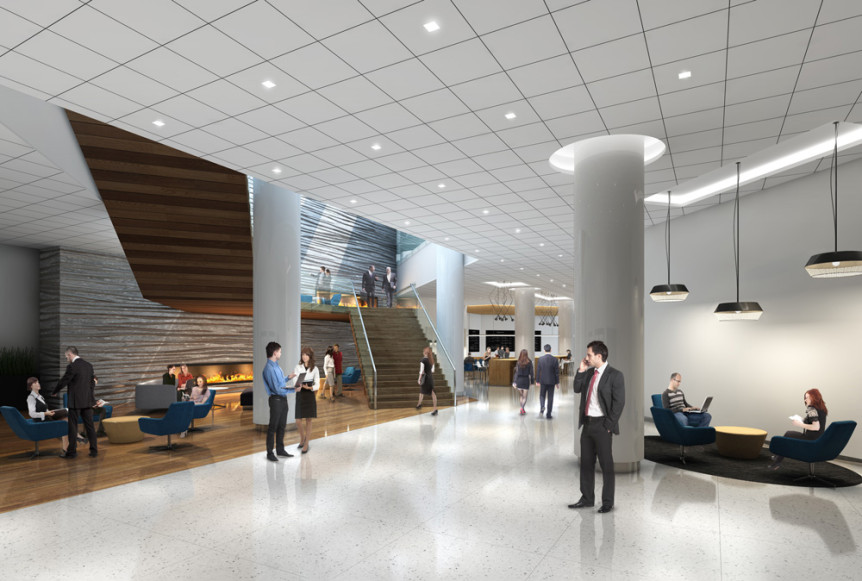 The Front Street office towers have been renamed Mercantile Center as their owners pursue an aggressive timeline for interior renovations.

Mercantile Center is a joint venture of Franklin Realty Advisors LLC and Great Point Investors LLC. The plan is to turn the property into a premier mixed-use space in downtown Worcester. The company has been hard at work with a $36 million renovation of the towers at 100 and 120 Front St. as well as a portion of the former Worcester Center Galleria mall.

“Over the next six to nine months, the property will undergo building façade improvements and renovations of the common areas of both buildings to a level yet to be seen in Worcester,” Charles “Chip” Norton, manager and owner of Wellesley-based Franklin Realty Advisors, said in a statement.

In total, Mercantile Center is made up of 636,100 square feet of office and retail space and a 1,647 space structured parking garage.

The office towers were sold for $32.5 million to Franklin Realty Partners of Wellesley in October. Since that time, it has been announced that Worcester-based UMass Memorial Health Care will bring 500 information-technology employees downtown in a 74,000-square-foot lease agreement. This is part of UMass’ $700 million switch to a new electronic health record system. This is in addition to the approximately 1,250 people currently working within the towers. The project will only add to the vibrancy of downtown Worcester, Mayor Joe Petty said in a statement.

“There is the potential of hundreds of additional jobs over the next 12 to 36 months as the remaining vacant space is leased,” he said. “This development will assist with the revitalization of downtown.”