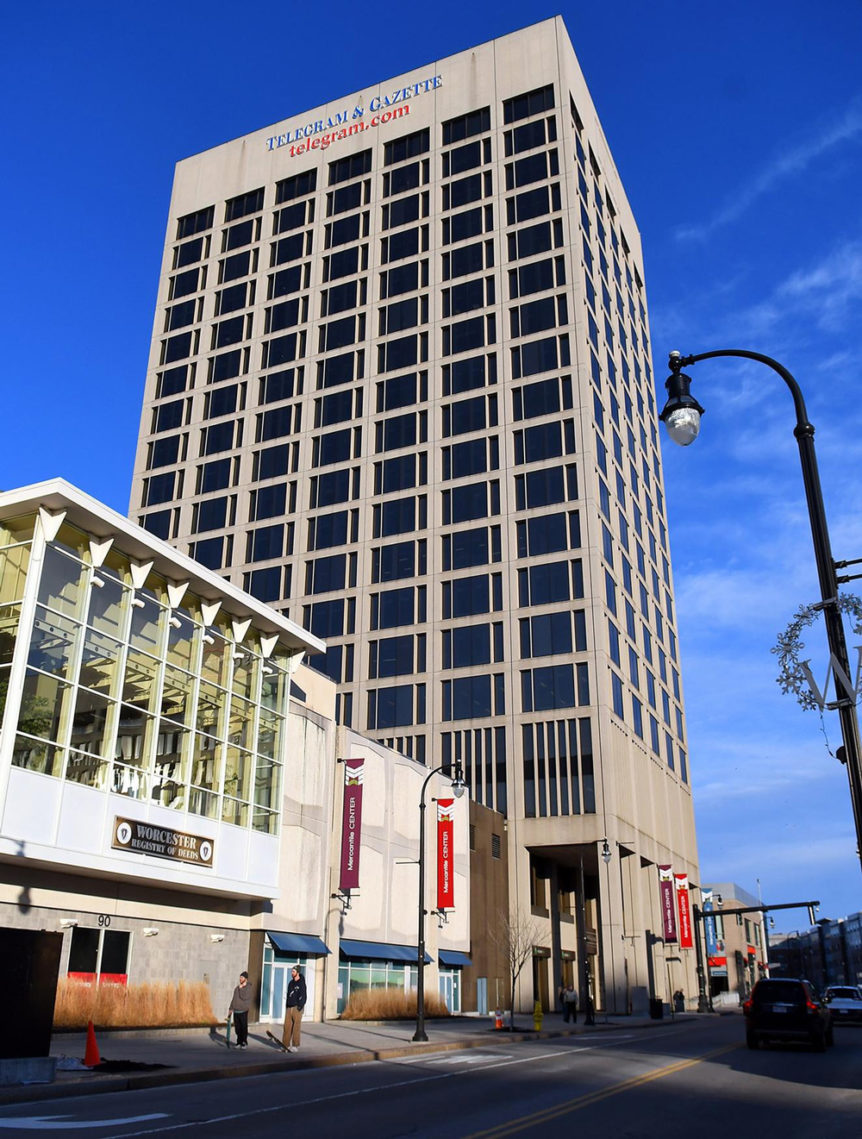 WORCESTER — Occupancy rates for downtown office space are on the rise, according to a report by the Worcester Regional Research Bureau.

The Research Bureau’s report on downtown office space released Thursday afternoon is the first since a 2011 document that showed declining occupancy. Unlike the 2011 data, the current report indicates a positive, upward trend in occupancy in office space in the central business district.

“Worcester has changed substantially since the last report in 2011, and the downtown area is literally and figuratively at the center of that change,” WRRB Executive Director and CEO Paul Matthews said. “Available office space may seem like a simple concept, but it is a core part of the city’s business attraction and retention strategies, and tracking its status is key to tracking the health of the city as a whole.”

The data shows a central business district office space market with higher demand than in 2011, “but still with a capacity for more incoming businesses,” according to the report.

The report tracked total space, available space, rental costs, parking and other amenities for about a dozen downtown properties.

The Mercantile Center at 100 Front St. has one of the highest occupancy rates in the downtown district at more than 94%. The 20-story building built in 1970 has a total space of 252,530 square feet with 14,971 vacant, according to the report. Rental cost for the building is $24 per square foot.

“Most of these properties are significantly full,” Matthews said. “That shows the strength of the downtown market.”

Unlike the 2011 report, the recent publication does not track annual occupancy rates. The report gathered information from brokers and CoStar, a commercial real estate data firm.

Matthews said economic and market trends also play a role in the strength of office space. He said the recession was a big factor in the 2011 report, and the current economy has also helped boost today’s climate.

Today’s urban space is also in demand because of the many amenities available, Matthews said, noting downtown Worcester’s access to the commuter rail, Hanover Theatre for the Performing Arts, many restaurants, the DCU Center and coffee shops.

“You have some really strong structural amenities downtown compared to a suburban setting,” Matthews said. “In a suburban office park, you don’t have those opportunities.”

Matthews said the strong occupancy rates in the Central Business District are also the result of an effective public-private partnership. He said the city has used several programs to help lay the groundwork for offices and companies in the downtown area. In 2005, Worcester’s CitySquare project was the first in the state to be named a District Improvement Financing District, which allowed increased tax revenue from the project to fund infrastructure. In 2016, the state approved Worcester’s Downtown Urban Revitalization Plan, giving city officials the ability to use eminent domain to seize properties and reverse trends of disinvestment.