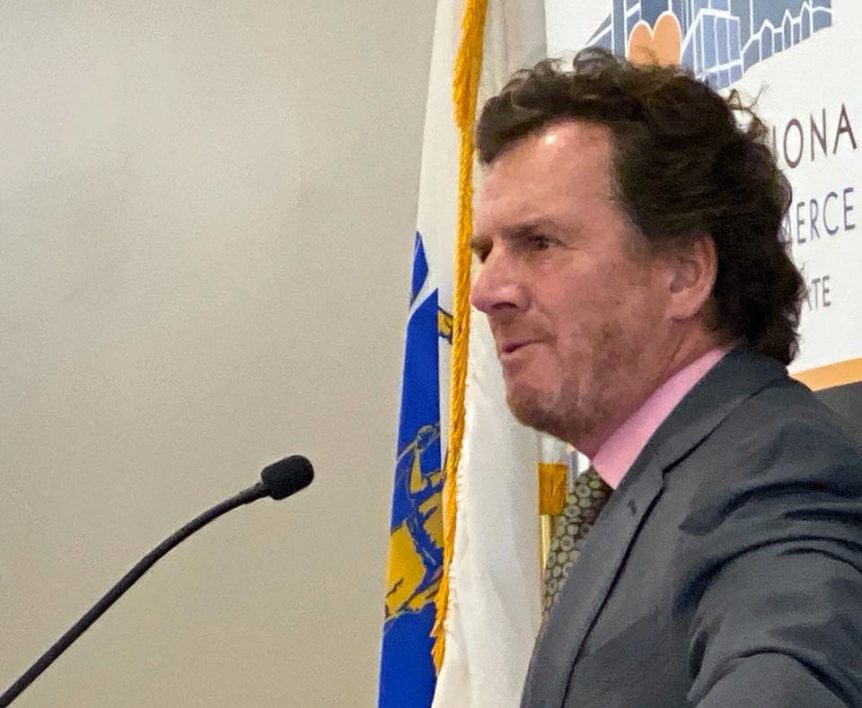 “That’s what the market is going to need to know where and how to invest,” Norton said.

The Theatre District near the Hanover Theatre for the Performing Arts, CitySquare in downtown Worcester and the Canal District where Polar Park is being built have seen a lot of development, Norton said, “so it would be timely to develop a five- to 10-year plan.”

An urban development plan would help developers identify the needs of the region.

The apartments at 145 Front at City Square announced more than 99% occupancy of its 365 units during the summer. In October, the Central Building said it had reached 100% occupancy about four months after the 55 units went on the market in June.

The Mercantile Center on Front Street recently signed two major restaurants to leases at the property.

Ruth’s Chris Steak House, an upscale restaurant with 150 locations worldwide, announced in August that it intends to open a restaurant at the Mercantile Center in the fall next year. It will be an 8,284-square-foot restaurant with seating for 270, and another 70 in an outdoor dining pavilion.

Last week, the Mercantile Center announced that Broadway Hospitality Group of South Boston will open an indoor and outdoor restaurant adjacent to the Commercial Street Parking Garage and the Mercantile Center. The 12,000-square-foot restaurant is slated to open in 2021. Broadway Hospitality owns Tavern in the Square, with restaurants in Shrewsbury and Northboro. Norton said the restaurant, which has yet to be given a name, will be the biggest and the flagship for the company.

The Mercantile Center has reached 98% occupancy, according to Norton, leasing 130,000 square feet in the last two years.

“Worcester has seen a resurgence in the last few years, and we think we’re part of it,” Norton said.

Timothy Murray, president and CEO of the chamber, said Norton has been a key player in downtown Worcester economic development.

“Chip Norton has been a quiet catalyst. It’s been a privilege to support him,” Murray said.

Norton, managing partner and majority interest holder in Franklin Realty Advisors LLC of Wellesley, has been an active developer in Worcester for years. He was involved in developing One Chestnut Place, a nine-story office building on Elm Street, and another nearby building for a total cost of about $42 million in the early 1990s. In 2008, he was also involved in converting the 250,000-square-foot former industrial building at 67 Millbrook St. into modern offices now known as the Worcester Business Center.

Norton ventured into downtown Worcester a few years later. He initially declined an opportunity to purchase 100 and 120 Front St. in 2014; then secured a lease with UMass Memorial Health Care’s information technology division and bought the buildings and renovated the complex, investing nearly $60 million in what is now known as the Mercantile Center.

Norton said there were no institutional investors available to finance the entire Mercantile Center development.

“Worcester was still considered a secondary market. They weren’t interested,” Norton said. ”… We now have local banks of size and magnitude to handle these large-scale projects.”

The Worcester Redevelopment Authority, in cooperation with the city administration and City Council, drafted a Downtown Urban Revitalization Plan in 2016. According to the city website, the plan aimed to build on downtown revitalization through strategic public investments to cultivate a vibrant downtown.