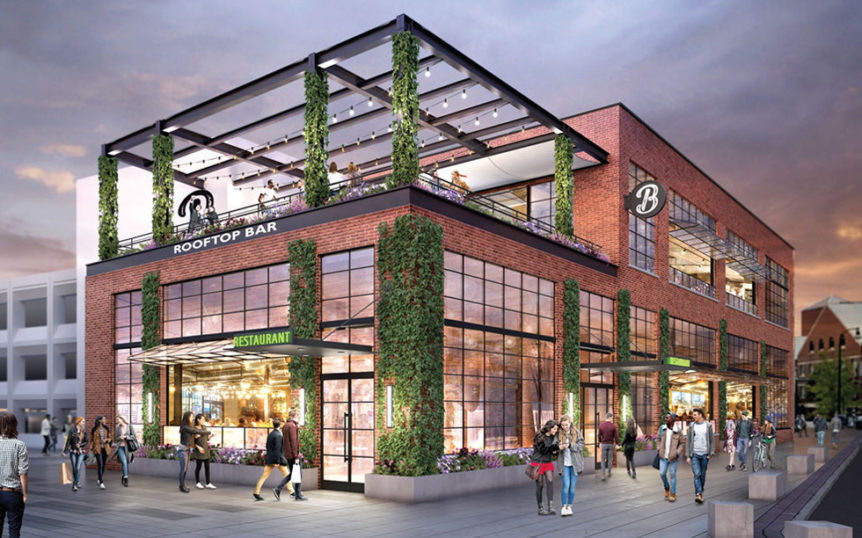 A Boston restaurant group, which owns Tavern in the Square in Shrewsbury and in nine other locations, plans to open an elaborate indoor-outdoor eatery at the Mercantile Center in Worcester.

The yet unnamed 500-seat restaurant will occupy 12,000 square feet on two levels at a long vacant site on Mercantile Street adjacent to the Mercantile Center garage. It will include outdoor eating on the second floor.

The Boston-based Broadway Hospitality Group has been signed a deal with Franklin Realty Advisors, the Wellesley developer of Mercantile Center.

“The vibrancy that Broadway Hospitality Group instills in its establishments is a perfect match to what the Mercantile Center complex has come to embody in downtown Worcester,” said Chip Norton, owner of Franklin Realty Advisors and managing director of the Mercantile Center, in a statement.

BHG is owned and operated by three local restaurateurs who have been part of the Boston restaurant scene for years, including Joseph Arcari, president, CEO Stephen DeSousa, and Renata Valentin, partner.

The restaurant group includes the Tavern in the Square, whose locations include Shrewsbury, Northborough and Littleton, along with Boston restaurants The Broadway, Tavern Allston and Tavitas.

“All of our restaurants have their own identity, but share the same goal of being designed to fit the neighborhoods in which they are located, and to provide memorable guest experiences with every visit,” said Arcari in a statement. “We achieve this by providing local residents and visitors the opportunity to feel like they are part of a special environment created specifically for them.”

The new restaurant will add to a growing list of restaurants around Worcester Common.

In addition to the planned Ruth’s Chris, Mercantile Center has Fuel America, a cafe that opened in January on Front Street. Across the street, a 110 Grill opened in the AC Hotel in May 2018.