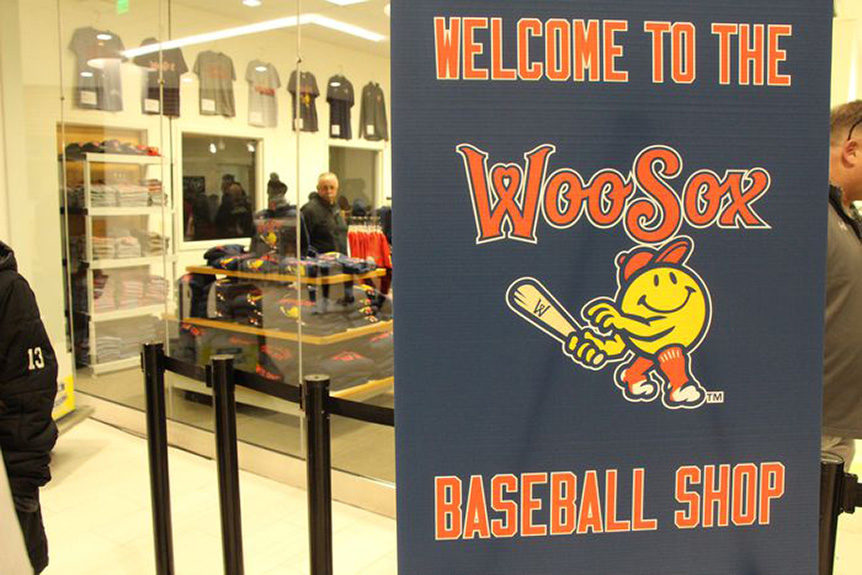 Fans of the Worcester Red Sox quickly began asking how to buy WooSox gear soon after the team officially announced the team’s name and logo Monday night in Worcester.

The Triple-A affiliate of the Boston Red Sox is moving to Worcester in 2021 and will play at Polar Park in the Canal District.

The team unveiled a new logo featuring the iconic yellow smiley face with two hands swinging a bat engraved with a “W.” The smiley face is wearing a red hat and red socks.

Shirts, baseball hats, jackets and sweatshirts are now for sale.

A pop-up WooSox Baseball Store was opened inside Mercantile Center at 100 Front Street to sell the gear. The store is open Monday through Saturday up to Christmas Eve.

The store is open from 10 a.m. to 5 p.m. Monday through Friday and Saturday and Christmas Eve from 10 a.m. to 1 p.m. Local retailers, such as Worcester Wares, will also carry the fan apparel.

People can also go online to purchase the WooSox gear.