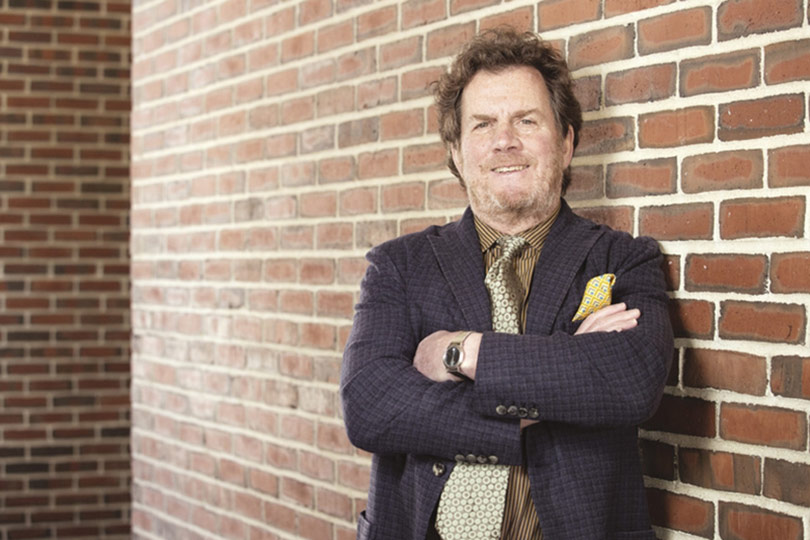 At its best – the way Chip Norton practices it – real estate development is about building healthy, strong, and stable communities. It’s about creating spaces that knit and, in some cases, repair the social fabric and help move the community toward a shared vision for the future.

As managing director of Franklin Realty Advisors, LLC, Charles “Chip” Norton is the driving force behind real estate projects reshaping and rebuilding Central Massachusetts over the past 25 years. Each one is different from the next, but every one embraces the ideals of public-private partnership, historic preservation, and environmental responsibility.

“Chip is knowledgeable in every aspect of development with an eye on the big picture to make a community better,” said Bill Gisness, founding partner at Boston architectural firm SGA, which has partnered with Norton on several projects. “He surrounds himself with exceptionally talented people who share his vision and goals to make the built environment better. He brainstorms with them and then – and here’s what makes Chip special – he relies on their expertise and gives them the freedom to do what they do best.”

Norton’s most significant Central Massachusetts properties include Mercantile Center, Worcester Business Center, and One Chestnut Place in Worcester, and the Southbridge Innovation Center.

“As a group, real estate developers tend to think they know more than everyone else. What I know is that the collective input brings greater value than what I can provide alone,” said Norton. “I search out the best in their respective fields, and then I rely on their individual knowledge and contributions. It’s analogous to being a conductor. I don’t play every instrument, but I can lead an orchestra.”

At 650,000 square feet of combined office and retail space, Mercantile Center is one of the largest privately financed commercial projects in the history of downtown Worcester. The reimagined, redesigned space in the former Mechanics Bank tower bordering Worcester Common is the lynchpin in the revitalization of the city’s downtown core.

Mercantile Center was made possible by $75 million in commitments from four local lenders, which points to another of Norton’s foundational principles: build strong partnerships with local institutions who have skin in the game, organizations whose shared commitment will yield shared benefits to the community where they do business and where their employees live.

“To reap the full economic benefits for the community, I always look for local resources first in all aspects of my projects – for design, construction, finance,” said Norton. “Particularly in finance, I prefer to work with local lenders who have a real feel for the needs of the community and who understand how the project will benefit the community over the long term.”

The Worcester Business Center is the former home of the Thom McAn Shoe Corp. Over the past decade, Norton has invested nearly $15 million to transform the 260,000-square-foot property strategically situated at the intersection of I-190 and I-290. Today, WBC is home to healthcare, biomedical, financial services, insurance, and energy companies.

Reflecting his commitment to green buildings, Norton is constructing a 1.4-megawatt carport canopy solar array at WBC. When completed, it will be one of the largest private solar commercial installations in Worcester.

“Chip approaches every project within the context of the driving issues and needs of the community and the world at large,” said Gisness. “In the case of the WBC, the need, opportunity and timing were all aligned, and Chip found the local partners who shared his commitment to building green, which is good for the environment, for the community, for the building tenants, and it’s a very strong selling point for the building.”

Similarly, the Southbridge Innovation Center is a visionary repurposing of a former industrial site. The 150-acre, 1.2-million-square-foot property consists of 14 buildings, including the Southbridge Hotel & Conference Center, office space, classrooms, and manufacturing and distribution facilities. Here, Norton invested $5.6 million to transform an off-line electric power plant into a cogeneration facility, and redesigned the water fountains along Southbridge Pond, providing the community with a place of serenity and beauty.

In a recent demonstration of his responsiveness to current community needs, Norton provided complimentary space at Mercantile Center for UMass Memorial Health Care to establish the first free COVID-19 testing site in Central Massachusetts, which has been utilized by thousands of local residents. During the pandemic’s initial surge, Norton arranged for the Southbridge Hotel & Conference Center to re-open its doors to help Harrington Hospital’s front-line healthcare workers.

Among the local nonprofits he has supported throughout the pandemic are The Hanover Theatre, the Worcester Railers’ Skate for Children Program, and the Southbridge Veterans Council, where Norton’s unsolicited donations have helped sustain essential programs through challenging times.

His annual charitable contributions support a wide variety of organizations enriching the community in countless ways, including the Worcester Public Library, TOYS for TOTS, The Worcester Food Bank, Habitat for Humanity, the UMass Cancer Walk & Run, and the U.S. Census Bureau. Norton’s Franklin Realty Advisors is a founding sponsor of the Worcester Red Sox.