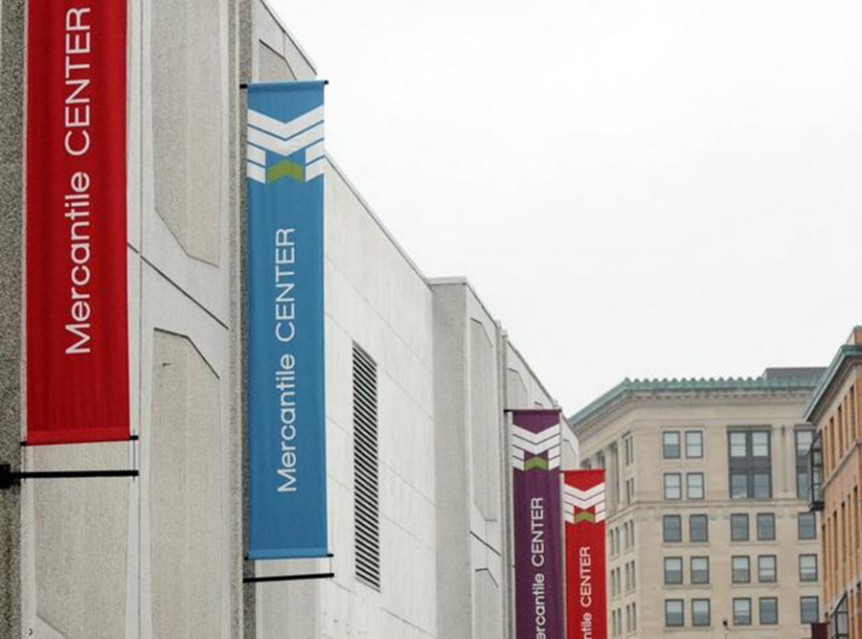 Photo: New banners on the side of 100 Front St. T&G Staff/Christine Hochkeppel

WORCESTER – The new owners of the office towers at 100 and 120 Front St. are renaming them The Mercantile Center.

Banners with the new name were being hung this week on 120 Front St., a nine-story office tower across from the Worcester Common. Wellesley-based Franklin Realty Advisors recently bought the properties for $32 million with Boston-based Great Point Advisors. Charles “Chip” Norton, manager and owner of Franklin Realty, said the name will encompass the 10-acre parcel that includes the 20-story tower at 100 Front St., parts of a former mall building that face Front and Mercantile streets, and the Commercial Street Parking Garage.

He said the Mercantile name pays homage to the city’s manufacturing history, as well as the new city street that runs along one side of the development. The project’s largest building, the 20-story office building, has been previously known as the Mechanics Bank Building, and the “M” carved into the side of the building is still visible. More recently, 100 Front St. has been known as the Telegram & Gazette building, after the newspaper moved its offices there from its longtime offices at 20 Franklin St. in 2013. A large T&G sign is affixed to the top of the office tower.

Franklin Realty Advisors and Great Point recently announced plans to spend about $39 million on improvements to the property, and said UMass Memorial Health Care would occupy 75,000 square feet and bring 500 jobs to the site. A press conference to discuss those plans is scheduled for Feb. 10 at 100 Front St.